Efforts of Richard Neuworth are Recognized with Outstanding Service Award

Lebau and Neuworth partner Richard Neuworth recently received the Outstanding Service Award from the Maryland Association for Justice, which represents over 1,200 trial attorneys throughout the state of Maryland. Richard earned the honor due to his lengthy service as editor in chief for the organization’s publication, “The Trial Reporter," the premier publication of the Maryland Association for Justice that is published five times annually.

Richard wrote more articles for the publication than any other member of the organization. In addition, he helped found the Disability Benefits section for the Maryland Association for Justice.

Richard was further distinguished with the award because of his tireless positive contributions for many of the Association’s worthy projects.

His partners at Lebau and Neuworth are honored to work with such a committed legal professional and congratulate Richard for the well-deserved honor!

Richard has lectured on disability benefits and employment issues to diverse groups, including the National MS Society, Alzheimer’s Association, Leukemia and Lymphoma Society and Lupus Foundation. He has also lectured on the subject of Social Security disability and Maryland Workers Compensation law to those groups, the National Business Institute and the Maryland State Bar Association.

He has been an adjunct lecturer on both employment law and Social Security disability as part of the Elder Law course at the University of Maryland Law School since 2005. 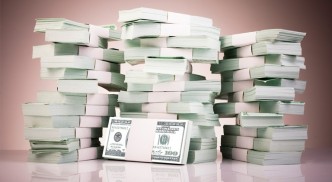 Contact the Lebau & Neuworth team to discuss your matter.
We are here to help.

Fill out my online form.